When you train in Mammoth Lakes, you’re training among the best. Professional and elite runners, cyclists, triathletes and more could very easily be the athlete ahead of you on the trail. They flock to the Eastern Sierra for its high altitude attributes that make them leaner and meaner when it comes to race day.

While in Mammoth Lakes, these athletes are often given a home base at the Mammoth Lakes Endurance Crib at Snowcreek Resort.

Last month, several groups of road cyclists stayed in the Crib. The first group was training with Nate English of English Endurance. English coaches endurance athletes and brought a group of four with him to Mammoth Lakes. Members of the group were training for some races, but the main goal behind English’s visit was to scope out the Crib and the area for future training camps.

“This is different from where they normally are,” English explained of his athletes, who were from the East Bay area. “It’s scenic, there are bigger climbs, good roads and low traffic.”

Rob Schell, Reese Levine, Zack Isaacs and Kim Fong were being pushed hard by English, having completed a six-hour ride their first day in the saddle in the High Sierra. They were headed for June Lake and Mono Lake the morning I met up with them for a brief chat.

“The riding is great,” Schell enthused. “It’s really hard, but the roads are great and the climbs are beautiful.”

“The altitude is hard, but it’s good training,” added Levine. “You can ride for hours without stopping.”

“The coolest part are the sustained climbs here,” Isaacs said. “Long climbs put the strain on your body that you need.”

“I like the quiet climbs and the town,” Fong, who is also English’s girlfriend, said. “The town has a good mountain town feel. I like that you can find peace and enjoy the riding.”

English also pointed out, “People are bike aware here.” Local cyclists had lent him a hand during a mechanical on the first day.

Also last month, Ryan Eastman and Sam Bassetti, took a swing through the Crib. Eastman rides for the Bissell Development Team and Bassetti for 5-Hour Energy and Kenda. Both are from Santa Rosa and train together often.

Eastman was training for the Tour de l’Avenir (the junior version of the Tour de France) coming up this August, and Bassetti for the Tour of Quinghai Lake in July. Both races take place at altitude.

“You need two weeks at altitude,” Bassetti explained of their reasoning for training in Mammoth Lakes. While they were headed to Tahoe after Mammoth Lakes, the two agreed that Mammoth Lakes was a better high altitude training ground.

“The extra 1,600 feet of elevation is important,” Eastman said. “Plus there is a lot of traffic in Tahoe.”

“It’s easy [in Mammoth Lakes] to put together any workout you want,” Bassetti said. “You get out onto open roads fast and you feel safe. Drivers are courteous and the 395 has the flat intervals needed for training.”

Outside of riding the pair was keeping their visit low-key.

“You basically ride your bike and rest,” Eastman said. “Recovery is a big aspect of training, especially at altitude.”

They had ventured out far enough, however, to find a good cup of coffee at the local Black Velvet coffee shop. They also had plans to take in a movie while they were in town.

“Mammoth Lakes is a cool town,” Eastman said. “And it’s definitely on the short list of California spots for altitude training.” 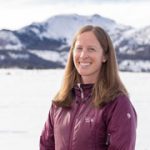 More Blog Posts By Lara Kaylor
Footloose Sports
Footloose Sports is the premier ski and bike shop and one of the most respected service-oriented sports shops in Mammoth....
Brian’s Bicycles & Cross Country Skis
Closed in 2021 In the summertime we carry a select line of bicycles including road and mountain, bikes for kids,...