The Spirit of Bodie: A Walking Tour of the Ghost Town

Late afternoon light filtered in as the air chilled. Even in summer, the Bodie basin is cooler than other Eastside spots at similarly high altitudes. In fall, the aspens dotting the hillsides turn sooner than anywhere else. Autumn is a great time to take a walk through California’s official ghost town, where aspen leaves are outshone by colorful history and enduring legends.

“It’s real,” said Jack Shipley, former California state park ranger, of the place that was his “office” and home for more than a decade. Bodie is not reconstructed or cleaned up. Instead, it’s left as-is. “In 1912, the store was locked up with stuff in it,” Jack explained—the same stuff you see through a wavy glass window today.

Perhaps it’s the state of “arrested decay” that imbues so much spirit in Bodie’s weathered wooden buildings. That now-yellow lumber, not gold, is how Bodie resident James S. Cain made his fortune. Cain is to thank for the fact that Bodie is intact—he bought the local bank and his family eventually owned all the buildings that were preserved when Bodie became a state historic park in 1962. And Cain’s house is the site of the most intriguing ghost stories in this ghost town.

We learned all this just out of the parking lot, having set out on an exploration of Bodie’s spirited past via a clockwise loop from the car, starting at the north end of Fuller Street.

Although most of the ghost stories come from the rangers like Jack who’ve lived here year-round, these keepers of Bodie seemed reluctant to perpetuate the tales.

Jack pondered the term ‘ghost town’ as we pass Bell’s Machine Shop. Bodie in its prime, in the 1870s and 1880s, he said, saw maybe 5,000 deaths and had a much lower murder rate than a city like New York. “Why isn’t that a ghost town?” he asked.

We passed Fuller Street and took Union toward the Mendocini house, where Jack whetted our appetite for the paranormal. Upon entering the building for the first time, a ranger was overtaken with the scent of garlic, the steam from boiling water. But no one had been in the house for decades—since Annie Mendocini lived and cooked here.

Jack continued his philosophical line of questioning as we headed east. “What is a ghost? Someone who died here? Or is it the energy of intense experiences?”

If it’s the latter, then Bodie certainly is haunted—from climatology to history, this is a beyond-wild place.

Jack paused a moment as we moved north toward what was Chinatown. No structures remain, a poignant reminder of the less-than-zero status given to Chinese in the US one hundred years ago, especially in western mining towns. For people from a centuries-old, refined culture, this meant hard work in hopes of enough money to be buried with dignity in China. Jack wondered forebodingly about spirits. How many souls were trapped here, unable to return home?

Bodie felt harsh, hiking uphill past the Standard Stamp Mill. But a hops vine growing in front of the Conway House on Green Street reminded us that there’s plenty of life left here. We peered into the windows of the Wheaton & Hollis hotel bar and it felt like happy hour as resident park employees headed back to their quarters for the night.

A first-year made for his room at the Spence Gregory house, trying not to roll his eyes when asked about otherworldly encounters. Jack, however, noted several accounts of an unseen body sitting down at the foot of a bed in that same room, leaving leg and hand impressions on the quilt.

Head Ranger Mark Langner didn’t want to talk ghosts either, but let slip that one of his employees was too “creeped out” to sleep in a certain room in the D.V. Cain house further down Green Street.

We chatted with Mark just across the way from James Cain’s home, once the grandest residence and, as park headquarters, still in good shape. For some reason, though, no rangers choose to bunk there now.

“It’s the most haunted,” Jack explained before finally divulging his own ghost story from his ranger days. A photography instructor stopped Jack to report a strange phenomenon. On a class trip the year before, eighteen different images, from eighteen different cameras, of the Cain house window developed blank.

Perhaps the house has secrets it wants to keep, stories like that of a Chinese woman employed as a housekeeper and nanny by Cain. Beautiful and noble, the housekeeper was fired by Cain’s wife, who suspected her husband of being unfaithful to her with the housekeeper. Delilah Cain threw the maid out on the street on a cold winter night.

The woman wandered off in the snowstorm, never to be seen or heard from again, perhaps until the Cain house was reinhabited by state park rangers. When Jack started at Bodie in 1984, his predecessor told him about the Chinese woman—and her more recent manifestations. That ranger was living in the Cain house when friends and their kids came to visit. The children slept in the housekeeper’s former quarters. Unaware of the house’s history, the children came downstairs the next morning and asked, “Who is the nice Chinese lady who read us a bedtime story?”

The sun had set and we finished the loop back to the parking lot behind a family of sage grouse, further evidence of the spirit of Bodie, alive and well. 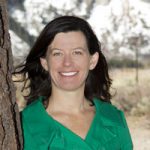 Stacy Corless moved to Mammoth in 1998 and has been writing and exploring ever since. She co-founded Eastside magazine in 2007, and served as executive director of two local nonprofits. She'll take office on the Mono County Board of Supervisors in January. See more of Stacy's posts and find her online at stacycorless.com

Tips for Stargazing in the Eastern Sierra

Summer Photo Ops That Will Make Your Friends Jealous

Your Guide to Yosemite National Park