As the weather warms up in Mammoth Lakes, so do the runners, bikers and outdoor enthusiasts. They’re often looking forward to one of the many fun and competitive races in Mammoth Lakes. And it’s no wonder: Mammoth Lakes’ breathtaking scenery makes the area an ideal backdrop for physical-fitness feats. To get your heart rate pumping, here are some details on races and endurance events in Mammoth Lakes.

“Downhill and fast” aptly describes the annual Mammoth Half Marathon. The half marathon route starts at Horseshoe Lake and finishes downtown at Old Mammoth Road. This year, the half marathon is set up as a run-on-your-own event. Run the course throughout the summer and report your time

Each Fourth of July, athletes hit their stride at this one-mile, star-spangled road run. The Footloose Freedom Mile starts at the Snowcreek driving range and ends in town, at the corner of Old Mammoth Road and Main Street. After you’ve crossed the finish line, you’ll be in the perfect spot to enjoy the town’s patriotic parade.

Challenge yourself to complete 60 miles of off-the-beaten-path trails in and around Mammoth Lakes. Whether you’re in it to discover your new favorite trail, to push your athletic limits, or to win a $500 Mammoth Card (redeemable at participating Mammoth Lakes businesses), the Mammoth Lakes Trail Challenge: Summer 60 is all about having fun on the trails in Mammoth Lakes.

Called “the toughest race in the most beautiful place,” the annual June Lake Triathlon & Festival gives participants the chance to swim in the pristine waters of June Lake, bike around the lake basin and then run up challenging trails with majestic mountain views. Presented by the High Sierra Triathlon Club, this festival also offers a Kids’ mini-tri.

The three-day Graniteman Challenge triathlon takes place every September and is one of the toughest races in Mammoth Lakes. Participants swim in June Lake, bike a Gran Fondo (Italian for “big ride”) and run 12.4 miles on Tioga Pass… at an elevation of 9,663 feet!

Sierra Eastside Mountain Bike Association (SEMBA) is proud to present the new Mammoth 50K MTB PedalPalooza. The course is comprised of approximately 90% single track, combined with small sections of fire roads for passing. The event will end with awards and an after-party in The Village at Mammoth.

The Mammoth Gran Fondo is a classic road biking race in Mammoth Lakes. The main racecourse is 102 miles, and there are also 70 and 40-mile options. For the ultra-committed racers, the Mammoth Gran Fondo can be combined with the Tioga Pass Run (held on the day after the road bike race) and a swim in June Lake as part of the Graniteman Challenge. 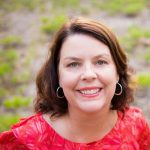 Shannon Diffner likes nothing better than being in or next to water, and is a founding partner of Scarlet Letters Copywriting. Since 2014, Scarlet Letters has worked with the Mammoth Lakes Tourism office on fact-checking the printed Visitor Guide and website, and are now delighted to translate that knowledge into blog posts. A company goal…

Mammoth Lakes Welcome Center, a Designated California Welcome Center
The award-winning Welcome Center and staff is the first step in making the most out of your visit to Mammoth...
Eastern Sierra Transit Authority (ESTA)
ESTA offers a variety of bus services, including; deviated fixed routes, local in-town dial-a-ride services, multiple town-to-town services throughout the...

Plan Your Trip to the Mammoth Festival of Beers & Bluesapalooza

Exploring The Village at Mammoth in Summer